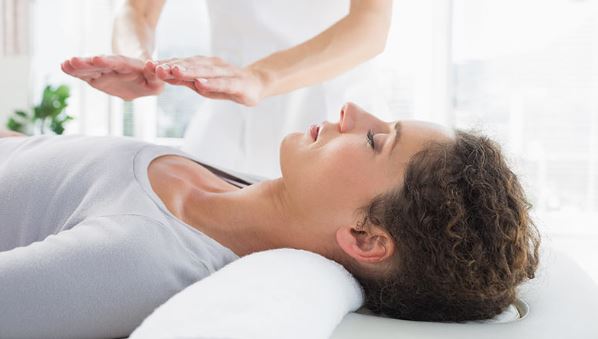 The history of reiki arguably goes back thousands of years. Reiki, literally translated as Universal life force energy (Rei + Ki), is one of my favourite forms of energy healing to give and receive. I find it incredibly powerful yet gentle and compassionate. However, people yet to encounter energy healing often have misconceptions about this form of healing and consider it something unnatural or otherworldly. For anyone who might be on the fence, I decided to write a little about Reiki in the hope of dispelling some of the misconceptions behind it!

The History of Reiki

To be honest I am not too sure about the story that is told as to the rediscovering of Reiki. I am sure that might sound like a very sacrilegious thing to say to some Reiki practitioners but I do find it a bit vague and far fetched myself! The most common form of Reiki now found in the west is called Usui Reiki and I absolutely credit Dr Mikao Usui with rediscovering the Reiki energy, which research suggests was being practised in Japan before his rediscovery of the energy which some say dates thousands of years back to Tibet. I will leave the credibility of the story up to you! Either way, as I have received this energy and channelled it myself and felt the profound effects of it, I have no doubts as to it`s healing power so how it came to Dr Usui seems almost irrelevant.

The story says that Dr Usui who was born in 1865 in Southern Japan went on a quest of sorts to get answers as to how Jesus healed the sick when questioned by his students. He was a Christian minister and lecturer in a Japanese University. His students asked him if he believed in the healing that was spoken of in the bible. He told them he did but he had no answer as to the how of it. He decided to embark on a journey to find answers. This journey took him to the states to further study the bible. He realised that the bible teachings in the states were the same as in Japan and turned to other religions and philosophies for answers. He was drawn to Buddhism and returned to Japan to undertake more studies. He discovered in an ancient Sanskrit text some symbols which appeared to be a formula for healing. He did not know how to apply these symbols or what the effect of using them might be so he conferred with some Buddhist monks and decided to undertake a 21 day retreat and fast on mount Kurama, a practise regularly undertaken by the monks. On the 21st day, a healing energy descended and the Reiki symbols used for healing became visible to him. He was elated and knew he had been given a healing gift. He went out into the poorest districts and began healing people but felt that this was not the best way to share the healing and that people should seek it out and value it. He set up a clinic in Tokyo and Reiki gained more and more popularity. He taught (initiated) over 2,000 people. The history of Reiki in the United States began when Hawayo Takata, who studied with one of Dr Usui`s Reiki teachers – Dr Churjo Hayashi, brought the practice with her. She trained Reiki masters who founded the Reiki alliance. From there Reiki has spread rapidly and is now commonly recognised as a beneficial complementary healing therapy in the west.

How does it work?

Each of us has 7 energy centres in the body known as chakras. Our wellbeing is dependent on these centres vibrating and running smoothly in relationship to each other. Each chakra holds a different vibration and resonance and is responsible for different aspects of our relationship to ourselves and the world around us. However, if trauma occurs (physical, mental, emotional or spiritual) and is not processed, our chakras will become imprinted with this traumatic energy and will reside in our chakras until it is cleared. This is why we see similar recurring themes in our lives if the root cause is not addressed. We are seeing and acting through the lens of the past. Reiki energy works on clearing these imprints from our chakras and balances them helping us to release negative patterns over time and to feel more whole and complete.

The History of Reiki: Usui Reiki VS Reiki Tummo

As previously mentioned, Usui Reiki is the most commonly found form of Reiki in the west. Usui Reiki uses Universal Life force energy. Reiki Tummo uses both Divine energy and Kundalini energy. This makes for very effective and thorough cleansing as the Kundalini energy is an energy that resides in everyone at the base chakra and when activated (as in the case of a Reiki Tummo practitioner) helps to cleanse and clear chakra “knots” quickly. It is especially helpful in clearing the lower chakras. Reiki Tummo also has a big focus on the heart. In Reiki Tummo, one’s inner heart is seen as our connection to the divine and the seat of our spirit. The practitioner is encouraged to really surrender to the energy coming through and we are really only a channel for this energy.  If you have experienced Usui Reiki you can feel a difference in the energy received for sure. Personally, I like to receive both and find both helpful. I choose to channel Reiki Tummo as I love the focus on the heart and it feels like the most natural one for me to channel.

Is Reiki for you?

A Reiki Treatment is for anyone who feels drawn to it and wants to release unwanted heavy energy and bring in lighter, loving energy. However, I feel with any energy healing that each person must be responsible for their own journey. This means that sometimes emotional and physical symptoms will arise as part of the process and we must be willing to feel and release them when this is the case as it is a part of the process and for the greater good. Each person has different reactions and sometimes we will just feel peaceful and relaxed, sometimes we may experience temporary discomfort and sometimes we may feel different sensations of energy moving throughout our bodies. Everyone ultimately experiences what they need to!

To Book A Session